This, like most posts, is not just about the wine.  But it’s about the experience that revolves around the wine.  Because with out that, it’s just a glass and nothing more.  And not that there is anything right or wrong about that.  But I like to think that with every bottle, every sip, and then every sip after that can tell a story that adds meaning to your life and maybe someone elses.

If that sounded a bit more dramatic than intended, I don’t apologize.  Its been an interesting summer, at least for me.  It’s been a transition.  Things are happening that remind me of what is important in life.   And I’ve always known this, but sometimes you need a reminder, no matter how simple or harsh it might be.   However, a nice bottle of wine and some great company will always make the transition of the next aspects of life the next season, or the next anything, at least a little easier to navigate through.

We had a Summer in Maryland that gave us many beautiful days, but maybe not enough pool days.  It could be a scheduling thing, some off timing, or the universe resetting itself, but I hardly felt like I got to take advantage of pool season.   Where it used to be double digits became barely past a count on one hand.

Fortunately, late September provided one more day.   So because of that I’m happy to talk about at least one more Rosé. 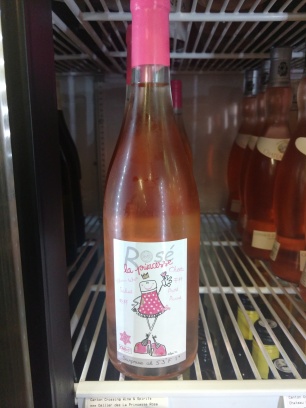 The 2016 Rosé from Cellier des Princes may not be a blow away wine.  But it’s a solid, light, and approachable Rosé that will do its job when applied to any occasion.   This happened to fall on one of the last days of pool season.  And I don’t mean official, I mean the last time my friend may have hosted a pool day.   It’s all subjective.  We could get some glorious days in October that remind us that fall and pumpkin season arrived just a bit too soon.  But I’m not holding my breath, and that’s just fine.

This Rosé with the majority being Grenache, with a little Syrah thrown it to keep it honest, tastes light and refreshing as any Rosé  should.  The lighter salmon pink color would also be a strong indicator of a lighter Rosé.

I couldn’t find much information on this wine otherwise.   The website is not the most organized, and I see no mention of the aforementioned bottle anywhere.  To tell you the truth, it doesn’t matter.  The wine was fun and that’s what matters. 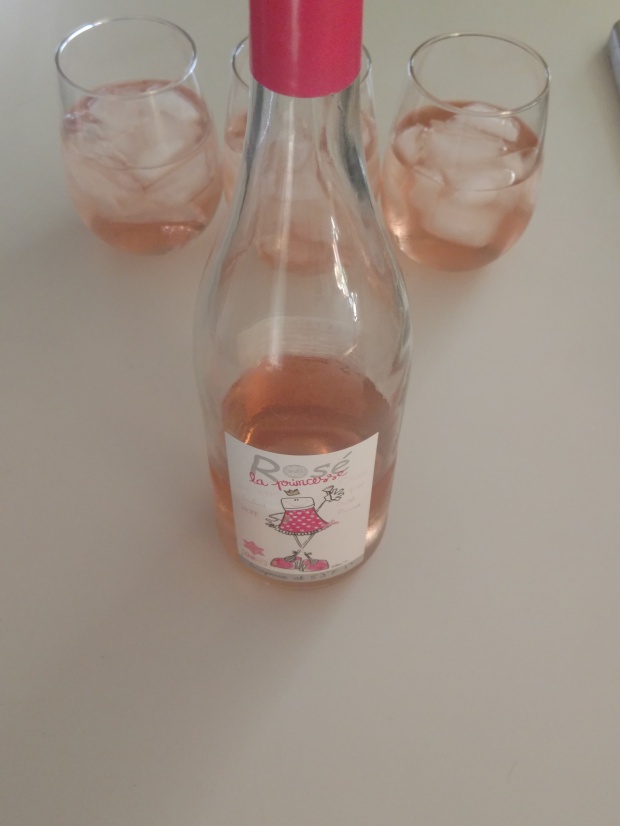 And since it was hot, a little more ice was needed.  You might think this may water things down a bit, but I think the ice only enhanced our sipping experience.  I say our because we had a great group of friends, but we also had their animal friend soak in some rays.

She is the princess by the pool.    Thanks to my friend for the inspiration on this title.

For me, the wine started a bit slow, but after a few seconds that all went away.  I don’t think the bottle needed time to breathe or open up.  I just think my first couple sips started off awkward but just got better with time.    This is where the bottle never had a chance. 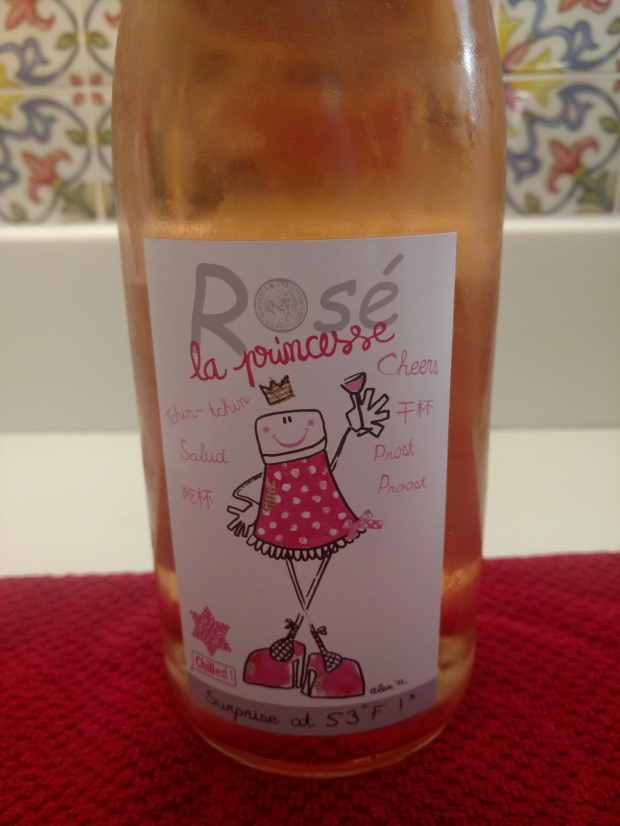 And what a glorious bottle it was.  As fun as this wine was, I was even more enamored with the positive notes of celebration and friendship that adorned the label itself.  I was fortunate that at my local retailer, I grabbed one of the last one out of the cooler.  And at $10-$12, you really can’t go wrong and won’t be taking that much of a hit if its a wine that doesn’t win you over.

But those notes of positvity translated into the wine, the day, the experience, and all the other good stuff that should never fall by the wayside.

An animal friend always helps too.

This hopefully doensn’t conclude the Rosé and white wine portion for the year.  But this is traditionally where more reds will be appearing in the coming weeks, with a few whites thrown in for measure.  It’s only uphill from here but that’s been the intent of this blog from the onset. 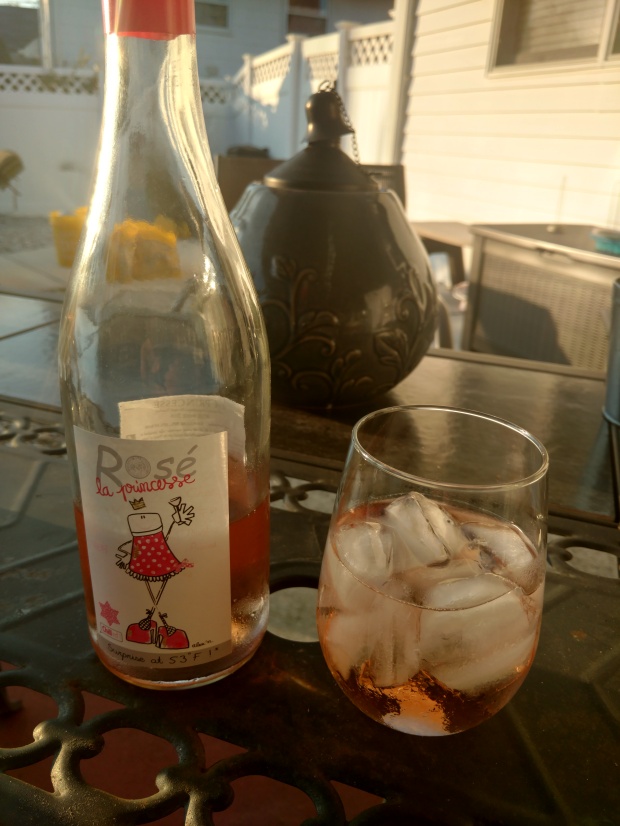 Thank you so much and peace be with you.

And dogs are the best!